The first part of the route runs for a short time along Oinaantie and Lampelantie, after which the route runs along varying but easy old farming roads and paths to the location of a demolished community building. From the community building site, the route continues along varying paths, past a highland cattle and sheep enclosure back to Oinaantie, from where it is possible to diverge to the Uutela beach or continue directly back to the information point. The information point also has separate guideposts to the Oinaa school and Uutela shore.

Length of the route: 2.7 km. A stop by the Oinaa school increases the length by 3.6 km and stopping at the Uutela beach by 0.4 km.

Rating of the route: Easy

Purpose of the route: Walking trail

Other: Oinaa school and Uutela beach are also accessible by bicycle and car. The school has a campfire place, dressing booths and boat pier. 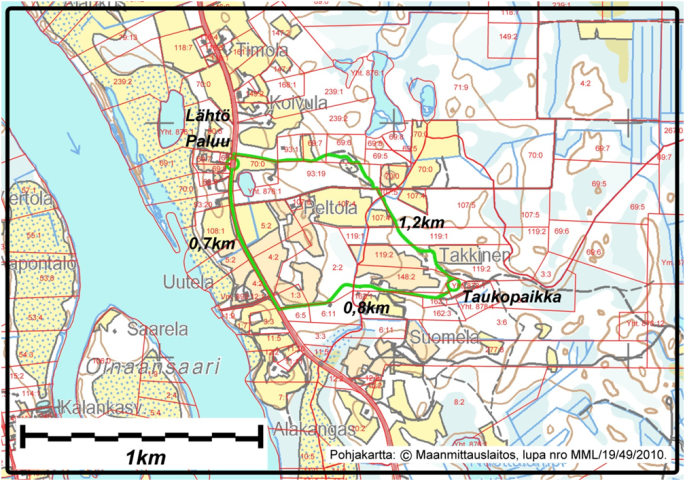